FORTE, V. and ZUPANCICH, A. - An Ethnography of Basketry in Central Western Italy 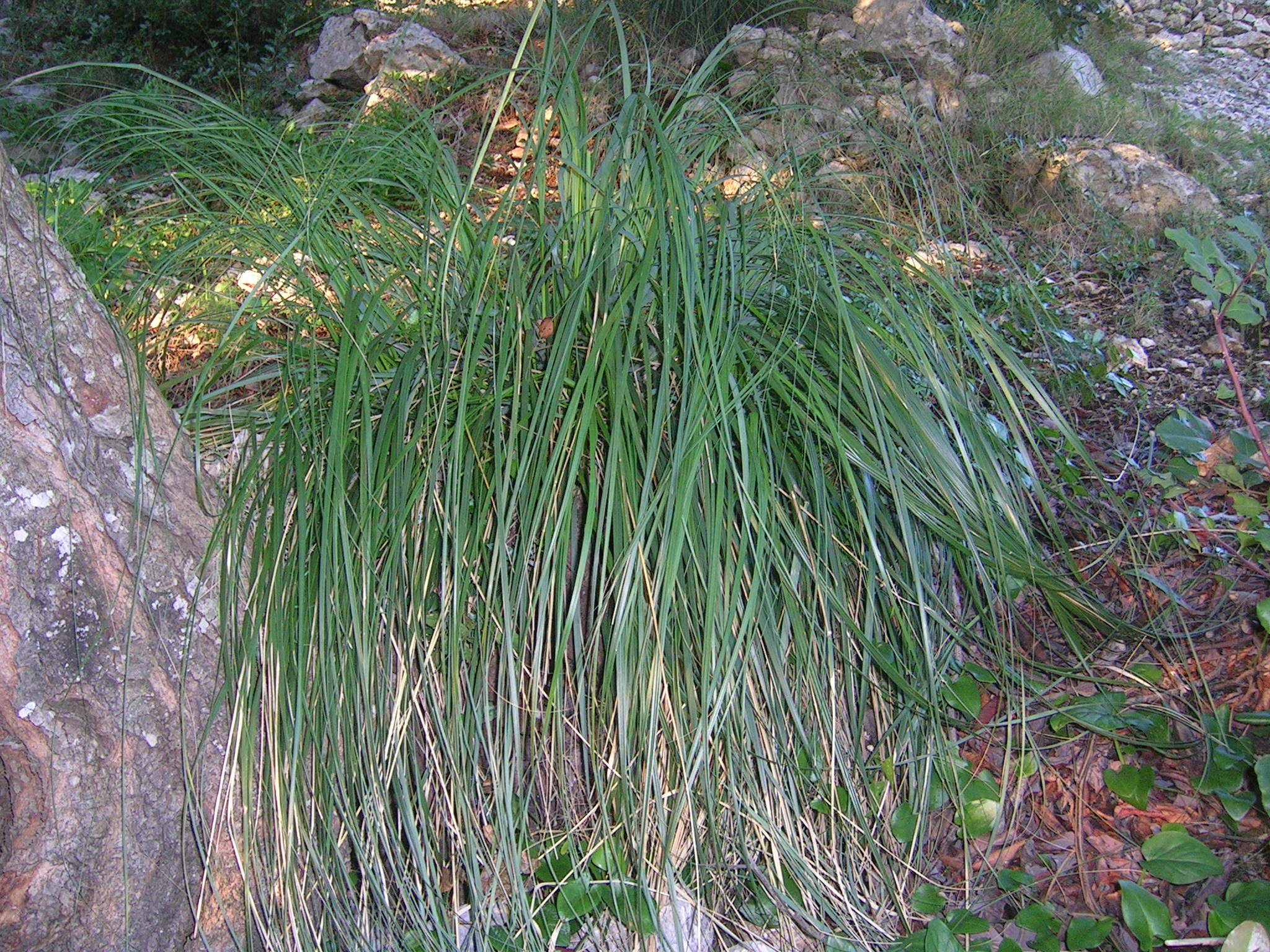 Features: Perennial growing to 3m by 1m. The flowers are hermaphrodite (have both male and female organs) and are pollinated by wind.The plant prefers light (sandy) and medium (loamy) soils and requires well-drained soil. The plant prefers acid, neutral and basic (alkaline) soils. It cannot grow in the shade. It requires dry or moist soil.The ampelodesmos has got  very strong leaves up to 1 m long and 7mm large. These leaves are very coarse and sharp.

The leaves have been worked by plaiting. Some tool has been used in order to help some specified point of the manufacture process:

DESCRIPTION OF THE EXPERIMENT

Ampelodesmos can be collected during all the year, but the best thing is to reserve this operation for July. During the collection the fibers are bounded up (they are called fasce de stramma) and then they should dry up before the manufacturing process. When the fibers are dried the stramma is beated to be softened.

In the documentary we documented 3 kinds of manufacture:

By these techniques can be manufactured the following basketry vessels:

The manufacturing of the stramma was a feminine activity.